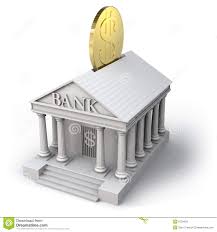 One of Poland’s largest banks has launched its first international office in London, with executives calling it a vote of confidence in the UK capital despite Brexit.

Bank Pekao will serve corporate and investment banking customers from its new site in Mayfair, which officially opens on Monday.

While the lender does have retail banking operations back in Poland, the bank decided to scrap plans for the same model in London and has also parked proposals for a digital bank offering.

The company said it hopes to be a “partner of choice” for both Polish companies with international ambitions, as well as London-based private equity firms for which Poland has become an increasingly attractive market.

The London office launch is a feather in the cap of chief executive Michal Krupinski  – the former head of investment banking for Central and Eastern Europe at Bank of America Merrill Lynch – who took the reins at Bank Pekao in June 2017.

Mr Krupinski said the London expansion signalled confidence in UK-Polish relations and the strength of London as a financial centre despite Britain’s exit from the EU.

“It is imperative for a bank with a strong international DNA like ours to remain close to our clients and investors,” he said.

“Regardless of the outcome of the ongoing Brexit negotiations, Britain will remain an important partner for Poland and Polish companies.

“The economic exchange between the two countries is supported by the international ambitions of Polish corporates, the entrepreneurial spirit of Poles living in the UK, and British investors’ growing interest in Poland.

“Our new representative office in London will help foster cooperation between the two markets.”

Bank Pekao now has its sights set on New York and Zurich for further international expansion.

The UK site will initially only host one full-time staff member, Roksana Ciurysek-Gedir, who is a management board member and is also responsible for international operations.

The Mayfair office will also serve as a hub for bank representatives from Poland as they travel to London to secure their client base.

Bank Pekao was founded in 1929, and boasts over 15,000 employees who help serve its near-five million customers back home.

The lender says it counts around half of Poland’s largest companies among its clients.

It is part of the PZU Group and is listed on the Warsaw Stock Exchange.