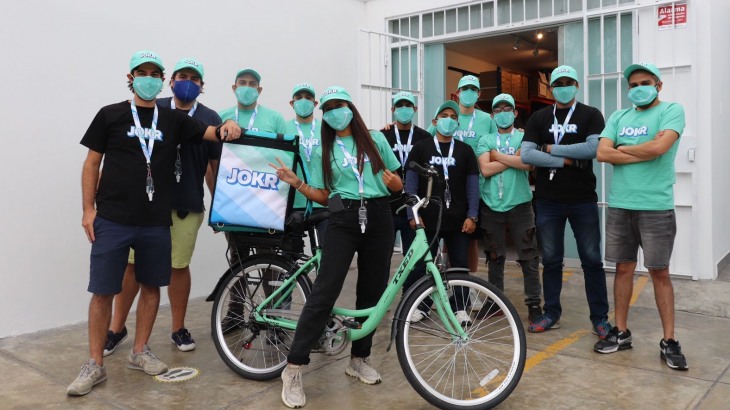 JOKR – supported by SoftBank, Tiger Global, HV Capital and the Polish fund Market One Capital – is launching a global platform for online shopping with instant delivery. One of the first places where it will make its debut is Warsaw. The Polish team is intensively recruiting for the Warsaw branch.

“JOKR, the mobile app for online shopping with instant delivery, is launching operations in selected cities in Europe, the United States and Latin America. JOKR already operates in Mexico City (Mexico), Lima (Peru) and São Paolo (Brazil). There are plans for rapid expansion, incl. in New York (USA), Bogota (Colombia), as well as in other European and Latin American cities, ”the release reads.

Warsaw is one of the first cities in the world where JOKR is building its presence.

“It is rather an exceptional situation. Usually, the Polish market is important to global players, but not a priority, which means that after success in other countries, Poland enters the game with a delay of several years. This time a startup is being created, supported by the largest global VC funds, and Poland is on the front line, ”indicated Marcin Kurek, co-founder of the VC Market One Capital fund.

JOKR creates a global platform that enables instant deliveries of food products and more. It uses the network of the so-called “Darkstores”, ie warehouses serving a given location. “Thanks to such a micro-location, our platform ensures immediate and fast delivery to customers – within 15 minutes” – emphasized Lagowski.

JOKR is backed by some of the most famous and largest funds in the world. One of them is HV Capital, which has already invested in around 200 companies, including Zalando, Delivery Hero, Westwing and Flixbus. Another one is Tiger Global, which has supported hundreds of companies in over 30 countries – incl. in Facebook, LinkedIn, Spotify, Stripe, or the Polish Pracuj.pl. The investors also include the South-American branch of Softbank, i.e. the largest VC fund in the world, whose portfolio includes, among others Alibaba, Uber, TikTok, Nvidia or Tier Mobility. The Polish fund VC Market One Capital (MOC) has also joined the distinguished group of investors supporting the project. in Tier Mobility, Packhelp, Genially, and earlier in Docplanner or Brainly.