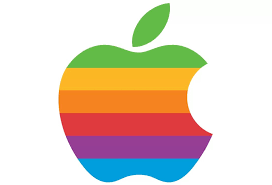 Universal Scientific Industrial Co., which makes Wi-Fi modules for products such as Apple Inc.’s iPhone, expects earnings to improve in 2019 as the squeeze from surging component costs and lackluster shipments eases.

Sales have started to improve ahead of the anticipated introduction of new products by clients, USI president CY Wei said in an interview in his Taipei office on Sept. 3, without giving detailed forecasts. USI, a unit of Taiwan’s ASE Group, saw first-half net income fall 30 percent to 392 million yuan from 556 million yuan year earlier, according to the company’s website.

USI, which also counts Lenovo Group and Intel Corp. among its customers, makes parts including Wi-Fi modules and motherboards that go into a variety of consumer and industrial products, including smartphones, laptop computers and automobiles. The soaring costs of capacitors and resistors, which have hurt the company’s earnings, will probably slow as suppliers increase production, Wei said. That should help earnings rebound as demand for clients’ products shows signs of improving, he said.

“We expect our profitability to recover in the third and fourth quarters, and to return to our normal level in 2019.”

USI’s net income will rise 30 percent to 1.74 billion yuan next year from 1.34 billion yuan in 2018, according to the average of seven analyst estimates tracked by Bloomberg.

Diversification in products — and the locations they’re made in — is helping the company achieve “healthy growth,” Wei said. USI now has manufacturing sites in Taiwan, China and Mexico and is expanding to Poland via an acquisition and to South America through a joint venture with Qualcomm Inc., he said.

The investment in Chung Hong Electronics Poland SP.Z.O.O. will give USI a foothold in Europe and the planned venture with Qualcomm, slated to start building its plant in 2020, will serve the Brazilian market, Wei said. The company is also looking for investment opportunities in Southeast Asia, he said, without giving details.