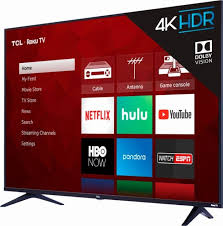 TV manufacturing giant TCL is set to open its biggest research centre outside China in Warsaw, Rzeczpospolita has reported.

The hub will employ a team of 100 engineers and devote itself mainly to the research and development of artificial intelligence.

TCL Research Europe head Bartosz Biskupski told the newspaper that the company’s operations in Poland will look into projects connected to speech recognition and comprehension, as well as image analysis.

“It is about new functionalities that facilitate human interaction with devices that can be ‘instilled’ in smartphones, TV sets, refrigerators and dishwashers.”

The opening of the research hub will also contribute to the development of the Internet of Things, the network of devices which communicate with each other.

The network of devices like vehicles and home appliances, embedded with different electronics and software, connect and exchange data.

TCL is the third-largest TV manufacturer in the world and is responsible for brands like Thomson, Palm, Blackberry and Alcatel.

Its arrival will further cement Poland’s reputation as an emerging research and development hub.

In recent years, major global technology, automotive and pharmaceutical players, like Amazon, Astra and BSH, have based at least some of their research operations here.

The appeal of Poland, Biskupski told Rzeczpospolita, is in the calibre of its scientists.

“We focused on Poland because we need people with mathematical and algorithmic skills to work. Such competencies distinguish our country on the world map and domestic scientists present the highest level,” he says.

TCL is set to sign a letter of intent on September 3rd. Rzeczpospolita reported that the company invested $700 million in research and development last year alone, though it is not certain how much it will invest towards its Warsaw operations.