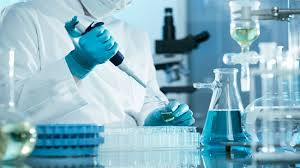 On 12 July 2018, Polski Bank Komórek Macierzystych S.A. [Polish Stem Cell Bank] – (PBKM), a leading company of the international Famicord Group that manages stem cells banks located in Europe and in Turkey, signed an agreement for the acquisition of a majority stake of a Portuguese company Stemlab which is the largest bank of stem cells on the Iberian Peninsula and one of the largest in Europe.

Stemlab carries out its business operations in Portugal (a market leader with an over 60% market share in the stem cell banking, jointly in B2B and B2C sectors), Spain, Switzerland and, through business partners, in Italy. As at the end of 2017, Stemlab stored a total of around 98 thousand umbilical cord blood samples or tissues and about 120 thousand of all types of biological materials. In accordance with the company’s estimates, Stemlab’s share in the sourcing of new umbilical cord blood samples on the European market is around 7%, including both B2C and B2B channels. Stemlab also carries out research in the area of advanced therapy medicinal products and holds a number of patents in this area.
In 2017, Stemlab generated EUR 6.1 million of consolidated revenues and EUR 1.5 million of cash EBITDA (adjusted for one-offs). In accordance with the financial projections, Stemlab’s revenues for 2018 should reach EUR 7.3 million, and clean cash EBITDA will reach EUR 2.1 million.

The agreement with Stemlab’s shareholders concerns the acquisition by PBKM of 88% shares from Riverside Company, a private equity fund, and a 7.6% shares from the founders and the management of the company (minority shareholders). Following the transaction, PBKM will hold a total of 95.6% of shares in Stemlab. The remaining 4.4% of shares in Stemlab will be held by the founding shareholder, CEO and member of the management board of the company, Mr Andre Gomes, and 0.01% of shares by one other minority Italian shareholder. PBKM has a call option for the remaining stake in Stemlab held currently by the CEO.

PBKM will pay EUR 16.5 million for the acquisition of control over Stemlab, adjusted by the company’s net debt. In addition, upon the reaching of certain growth parameters by Stemlab in 2H 2018 – 1H 2019, PBKM may pay additional compensation to the shareholders of Stemlab of up to EUR 2 million (earn-out clause), which is conditional upon the increase of Stemlab’s sales. Furthermore, should the Stemlab project become successful in the Chinese market in the next two years, a half of the profit from the project will be allocated to the sellers.

“I am very pleased to see us reach an agreement. It is with great pleasure that we join forces with a company like PBKM, that shares the same values and vision in the stem cell field, and together creating far the largest cord blood bank in Europe. This union will allow the 2 companies that most invest in R&D and cell therapies in Europe, to strengthen the development of new therapies and treat more patients” – said Andre Gomes, co-founder, CEO and member of the Management Board of Stemlab.

“PBKM has successfully completed more than a dozen takeover transactions on the European market and we are very well prepared in terms of structuring and organisationally to achieve further growth thanks to the acquisitions. The stem cells banks market, both in Europe and worldwide, is currently in the consolidation phase and a part of our strategy is to play an active role in this process. The takeover of Stemlab will strengthen Famicord Group’s position in Europe, particularly in Portugal, where Stemlab is a market leader. In addition, we recognise significant cost synergies resulting from the potential cooperation between our laboratories, in particular in Switzerland, and the merger of PBKM’s and Stemlab’s subsidiaries operating in Spain. After Q1 2018, there were around 263 thousand of umbilical cord blood samples or tissues stored by the merged Famicord Group and Stemlab and a total of around 347 thousand of all biological material samples, which is significantly increasing the scale of our business operations and strengthens Famicord Group’s position among the largest stem cells banks in the world.
In addition, taking into account Stemlab’s strong activity in some markets and channels , we will have together around 28% share in the preparation of new samples on the European markets, which gives us the position of an absolute leader in this area. It is worth highlighting that Stemlab, in addition to the banking of umbilical cord blood, is also involved in research with the use of stem cells in experimental therapies. We would like to benefit from Stemlab’s potential and experience in this area to accelerate in and optimise costs of research carried out by PBKM” – says Jakub Baran, the co-founder, significant shareholder and President of the Management Board of PBKM.

PBKM will finance the transaction with debt. On 14 May 2018, the management board of PBKM established a bearer bond programme with the total nominal value of the bonds of no more than PLN 100 million. The Supervisory Board of the company granted its consent for the issue of PBKM’s bonds. In accordance with the declarations made by the company, the funds raised through the issue of the bonds will be used for further development of the PBKM Group, primarily for the planned acquisitions of companies running stem cell banks in Europe. It is possible that PBKM may use an option of a loan facility financing or a mix financing option.
The Portuguese market is very distinctive – there are around 86 thousand of births in Portugal each year, of which about 10% of parents decide to use the services of banking of umbilical cord blood cells after the birth. The competition on the Portuguese market, after the consolidation carried out in the recent years by Stemlab, is moderate. Dominant model involves prepayments for the banking, which will have a positive impact on Famicord Group’s cash-flows in next years. Stemlab Group has dynamically improved its results in the last years on this market, both through the increase in the number of acquired clients in Portugal and Italy and also through increase in the portfolio of its services.

Stemlab has been established in 2003 and was one of the first non-public stem cells banks in Europe. From the beginning of its operations, Stemlab has also carried out its own research on the use of stem cells in treatments and experimental therapies. In the years 2006-2008, it has widened its operations by entering Spain, where the company has a subsidiary, and Italy through the establishing of a cooperation with two partners. From 2016, Stemlab has also been present in Switzerland. Stemlab is one of the leading players on the European market in the banking of stem cells. An interesting area of Stemlab’s operations is their own research on the development of advanced stem cells-based medicinal products. Currently, Stemlab focuses mainly on the research concerning the use of stem cells in the treatment of diabetes, cardiovascular and oncological diseases. Stemlab has two international patents for the application of stem cells in the long-term treatment of diabetic foot and myocardial ischemia. Stemlab also develops its operations on the Asian market – it supports its Chinese partner, based in the Nanchang province, in the development of a modern laboratory prepared to bank stem cells.