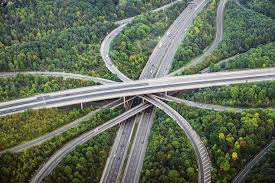 More than €255 million from the European Regional Development Fund will be invested into the construction of a motorway section between the cities of Nowe Marzy, Świecie and Bydgoszcz, all of which are located in the north-central part of Poland.

An additional €64.6 million from the Cohesion Fund will be provided for the construction of a motorway section between the Zakręt and Lubelska junctions of the S17 express road that connects Warsaw to Garwolin.

“Once completed, these highways will provide new economic opportunities for citizens and businesses in Poland, stimulating industry, tourism and trade. Polish citizens will thus be able to benefit from shorter travel times and improved road safety said the EU’s Regional Policy Commissioner Corina Creţu, who added that both projects is expected to be completed by 2020.

European investments into the S5 motorway – a key element of the TEN-T trans-European transport network, has already reached more than €740 million for 2014-2020, while work on the S17 motorway is being undertaken as part of a global investment worth more than €480 million.