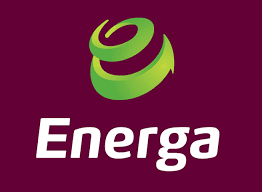 Shareholders from Polish state-controlled utility Energa approved Monday what may turn out to be the last coal-fired power plant in Poland, t

The project is a 50-50 joint venture between Energa and another state-controlled utility Enea. Enea shareholders are due to vote on the project at a meeting on September 24.he 1 GW Ostroleka C unit at its plant in the northeast of the country.

In July, the Elektrownia Ostroleka JV company signed a gross Zloty 6.023 billion ($1.63 billion) contract with GE Power and Alstom Power to build the unit, which would have a net efficiency of at least 45%, at the site of the existing 647 MW Ostroleka B plant.

Poland’s energy ministry argues the unit is indispensable for power supply security and is necessary to synchronize the Polish grid with the networks of the neighbouring Baltic states. Ministry officials have said Ostroleka C would be the country’s last new large coal plant investment.

Energa management has said construction of the plant is dependent on the investment securing capacity market payments in an auction scheduled for December. In February, the European Commission approved Poland’s capacity market regulations, under which Ostroleka C is eligible for a 15-year contract.

In a report published last week Carbon Tracker said the investment would be permanently unprofitable without capacity payments and that securing them was far from guaranteed.