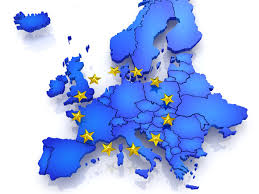 A new BMW car factory is to be built in Hungary. This is likely to raise investment in the country by 1% a year, and boost growth in 2019-20 by 0.2%, according to Capital Economics. While not exactly a huge boost, BMW’s willingness to invest in Hungary is a sign that the populist government isn’t necessarily an obstacle to attracting foreign investment. Meanwhile, Jaguar Land Rover has been the latest carmaker to come to Slovakia, which already hosts VW, Kia and PSA. The arrival of foreign companies and investment like this “gives a fair picture of Slovakia’s, and more broadly central Europe’s, model of development”, notes The Economist –and it has been a successful one.

The European Commission tracks the progress of five European Union members east of Germany – the Czech Republic, Hungary, Poland, Slovenia and Slovakia – and compares them with its wealthier neighbours, Austria, Denmark, the Netherlands and Sweden. In 1995, average GDP per person was around 55% lower in the five central European countries. But two decades later the gap had shrunk to 39%. The average incomes of these central European countries are now equal to those in Portugal and far above Greece, with the biggest gains in Slovakia.

GDP per head in the Czech Republic is now close to that of Spain. The Czech central bank has just raised rates for the fifth time in a year to cool its booming economy, which grew at an annual rate of 4.2% in the first quarter, reports James Shotter in the Financial Times, with unemployment falling to just 2.4%, the lowest in the EU.

EU subsidies, common in central Europe, have been a huge help. EU funds boost investment in infrastructure, such as roads and rail, which appeals to foreign investors, notes The Economist. In Poland, such funding will account for nearly 3.5% of GDP and 10% of public spending each year until 2022. In Hungary, it added spending worth an average of 5% of GDP over the five years to 2015.

While there are worries about the region’s increasingly populist politics, “foreign companies seem unruffled”. Regardless of the antics of Viktor Orbán, an “illiberal authoritarian”, Mercedes Benz invested €1bn in Hungary two years ago and plans to make 330,000 cars a year there by 2020. It seems “central Europe’s Goldilocks economies” are set for sustainable growth. But to continue flourishing in future, central Europe needs its local firms to innovate more. And it needs to overcome its dependence on EU funding. After all, the next round will be less generous. The European Commission plans to give Poland, for example, €64bn, down from €84bn in 2014-20.