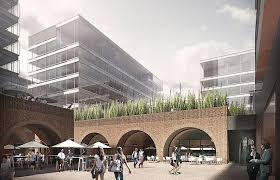 Eiffage acquires a taste for brewery

Echo Investment has chosen Eiffage Polska Budownictwo (EPB) to be the general contractor for the next few residential stages of the Browary Warszawskie development in Warsaw’s Wola district.

Under the agreement, which is worth almost PLN 89 mln, EPB will build a total of 451 apartments with services premises on the ground floor, in buildings of varying heights, from 6 to 18 above-ground floors. The tallest building – an 18-storey high-rise – will be more than 62m in height. All buildings will be connected by a common two-level underground car park located in the underground (part of which is beneath the courtyard), which will include parking spaces for cars and bicycles. Parking spaces for bicycles will also be provided in covered areas between the buildings.

The buildings being constructed in these two stages will comprise a total of around 30,000 sqm, out of which the apartments will make up 19,000 sqm of the useable area.

The developer is focusing on the façades of the new buildings, which have been designed by the Jems Architekci studio. These will be made using a combination of screens made of light grey brick, fixed directly to the concrete cornice. The brick working itself will take over a year, more than twice as long as typical contemporary methods.

“The finishing of the façade is typically much quicker since less labour-intensive decorative panels, stone cladding or jointless thermal insulation systems are generally used,” said Paweł Paś, a project manager at Eiffage Polska Budownictwo. “In this case, it is important to take care of the quality of the masonry work when creating the façade, in particular brick ties and their joints and the details of the concrete cornices. The façade of the 18-storey building will be the most labour-intensive. Finishing work will be carried out inside the remaining buildings at the same time,” he added.

The contract for stages D and F is the second to be awarded to Eiffage Polska Budownictwo during the development of the project, on the site of the former Warsaw Brewery. In October 2017 EPB started work on stages B and C of the complex, on the opposite side of ul. Krochmalna. The completion of these buildings is scheduled for 2019 – and for the entire project in 2020.