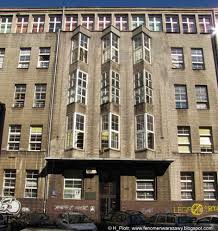 POLAND The European Investment Bank (EIB) will finance the construction of a PLN 100 mln Medical Simulation Centre for the Medical University of Warsaw (WUM) as well as the modernisation of the university buildings on ul. Litewska and ul. Banacha.

The centre will be built on the Banacha Campus in Warsaw’s Ochota district. The entire investment cost will come to PLN 250 mln, of which PLN 115.3 mln is to come from the university’s own resources and almost PLN 26 mln from EU subsidies. “This is the 20th large project for which Poland is to receive co-financing under the Juncker Plan. Six more have been approved by the bank and are waiting for their contracts to be signed. The total comes to over PLN 10 bln from the EIB,” says Witold Słowik, the deputy minister of investment and development. The Juncker Plan is organised by the European Commission and the EIB to invest in infrastructure and small and medium-sized businesses. The programme, which started in June 2015, is to invest in projects worth about EUR 500 bln by the end of 2020.