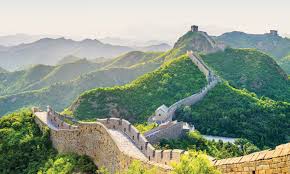 The Belt and Road (B&R) Initiative was an important topic of a long-standing economic forum, which, known as the Polish Davos, ran here from Sept. 4-6.

More than 4,000 guests from Europe, Asia and the Americas gathered at the 28th edition of Economic Forum in Krynica to discuss topics such as the European Union, local governments, economy, industry, investments with over six plenary sessions and more than 180 panel discussions and workshops.

The Belt and Road initiative featured in two discussion panels — “Silk Road towards Krynica. China and CEE cooperation between cities”, and “Cooperation along the New Silk Road: risks and opportunities”.

“The Belt and Road Initiative is to inherit and carry forward the spirit of the ancient Silk Road and to give it a new connotation,” said Xie Yuan, vice president of the Chinese People’s Association for Friendship with Foreign Countries. “It aims to promote greater, higher and deeper regional cooperation, to achieve interconnection, trade and investment facilitation, and inject new energy into the development of connection between various countries.”

Xie said that the B&R would bring benefits to all of the countries along the road, and bring new opportunities for cooperation and development.

“Our association is willing to cooperate extensively with the friendly organizations, people and local governments from the Central and Eastern European countries, to jointly strengthen the public opinion based on friendly exchanges and mutually beneficial cooperation, and work together to promote the construction of Belt and Road,” Xie said.

According to the panelists, the B&R works as a powerful driver for trade and investments.

Marian Banas, head of the National Revenue Administration at the Polish finance ministry, said Poland was doing its best to make the conditions for developing this initiative as optimal as possible, such as creating the Malaszewicze terminal and improving customs clearance and coordinating it with sanitary inspection. He also announced that the terminal was to be further enlarged and modernized in order to make cargo clearance more effective.

Banas pointed out that B&R was also a chance for Polish entrepreneurs to take the opportunity to improve the current trade deficit by sending more products, especially food, to the Chinese market.

Pino Musolino, president of the Venice Port Authority, called the initiative proposed by China a “great chance for fully developing globalization and connectivity”.

“We are at a key point, we need to find a way to move from beautiful ideas and great opportunities to concrete actions,” Musolino added, emphasizing the need of win-win cooperation.

Earlier on Tuesday, cooperation between cities of China and the CEE region was discussed at the forum.