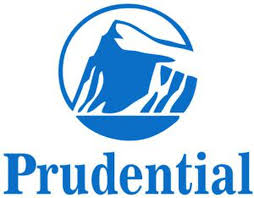 Insurer Prudential plans to consolidate all non-British European insurance business in its Dublin subsidiary as part of preparations for Britain’s exit from the European Union.

Policies from Malta, France, Germany and Ireland would all transfer to its Irish company, Prudential International Assurance PLC (PIA), from the UK-based Prudential Assurance Company Limited (PAC), a letter to clients seen by Reuters showed.

Prudential has had a licensed entity in Dublin since 1994 and most of its insurance sold offshore or in Europe is already written there, he said. A number of the books of business being moved were closed to new business, he said, adding no personnel would need to be hired or move from Britain to Ireland as a result of the change.

The company is working on a plan to spin off its British and European business from its international operations, breaking up the 170-year-old insurer to refocus on faster-growing markets in a major shake-up for the sector.

British insurers have been changing tack to cut their exposure to capital-intensive products following the introduction of rigorous European solvency rules, while also seeking ways to deal with growing fee pressure.

Prudential said it is splitting off savings and investment-focused M&G Prudential, which will be based in London, leaving Prudential PLC focused on life insurance and asset management in the rapidly expanding markets of Asia and Africa as well as the United States, which is less tightly regulated than Europe.

“We’re looking to grow the piece that’s capital-light,” Mr Wells said of M&G Prudential, adding that it would be “competing domestically” for people and capital. Prudential will also move the legal entity for its Hong Kong insurance subsidiaries to Asia from Britain, further reducing exposure to European capital rules. (Reuters)