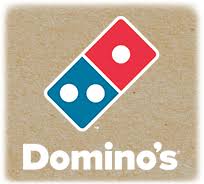 DP Poland Plc (LON:DDP), which operates the master franchise for Domino’s Pizza in Poland, has come a long way since it opened its first store in Warsaw in 2011.

The AIM-listed firm currently has 56 stores in total: 32 stores are corporate and 24 sub-franchised.

Pizza delivery businesses tend to have high fixed costs initially when the store roll-out is at its height but then profitability improves rapidly.

That seems to be happening at DPP.

Losses rose slightly to £2.64mln as the company bore the costs of nineteen new stores opened during the period.

Peter Shaw, chief executive of the company, explained: “With new or very young stores the aim is to build the customer base as much as possible as quickly as possible.”

DP Poland opened 19 stores in 2017, which needed hard promotion to build their presence.

On average, it takes 10-12 months for a new store to break even, so out of 54 stores that is a very high immature proportion, Shaw said.

“As we grow, we will still open new stores but those already opened will need less promotion.

Right now, it is about getting sales in and customers onto the database so we can build the business ready for when we can deliver serious EBITDA [underlying profit].”

Like-for-like system sales jumped by 30-40% during the two-week periods of TV advertising in both January and February and overall by 24% and 18% respectively.

Due to its success, TV adverts will likely become a regular feature once the group reaches critical mass, Shaw said.

Some of the 75% of deliveries across all stores are now ordered online.

Shaw said: “Poland’s delivery market is expanding and we are taking a lead in that expansion.”

Cost pressure seen in 2017 has also been easing.

DP Poland experienced “a bit of food inflation carrying on through August and into the fourth quarter.”

Also, the company said it had to be very competitive with their labour rates because of Poland’s strong economy and all-time-low unemployment rates.

However, in the recent months DP Poland has seen costs ease and a better performance from its mature takeaway pizza stores.

Lower cheese prices in the first quarter of 2018 and staff being easier to recruit compared to the last quarter had reduced pressure on margins.