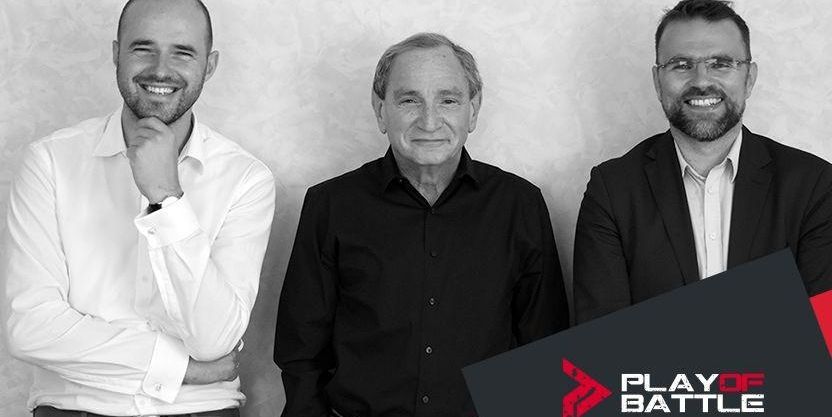 The crowdfunding investing campaign of Play of Battle has started, and one of the main shareholders of which is Noobz. The studio plans to raise funds to create a large grand strategy game with a storyline taking place in the modern world of politics and international conflicts.

The company was founded on the initiative of three people: Dr. George Friedman, Dr. Jacek Bartosiak and Zbigniew Pisarski.

The aim of the initiative is to develop the concept and design of realistic strategy games with a strong emphasis on aspects of geopolitics and warfare. Respected experts in the fields of military history and strategies were also invited to cooperate. Currently involved in the project include Lieutenant General Waldemar Skrzypczak, and an outstanding historian, prof. Norman Davies, who will be responsible for historical compliance.

The game will be produced by Noobz from Poland studio – the company responsible for the very popular Total Tank Simulator title.

Play of Battle wants to democratize war games. He intends to translate into the language of games the complexity of decisions that commanders and staffs have to make in order to manage diplomacy and ultimately armies well and effectively.

“In Play of Battle, we will create a strategic game that will be set in the current geopolitical environment and the realities of a new-generation war, where specific political and military actions taken by the player will cause the opponent to react” – explains Dr. Jacek Bartosiak.

It is the realism of the political situation, actions and contemporary diplomatic conflicts that is to be the basis of production. Realism is to be reflected in what commanders are struggling with in the field of contemporary conflicts, which are largely conducted through diplomatic and political activities, taking into account the escalation ladder of the conflict, and only as a last resort – through military operations. The plot of the game will be conducted in Europe and will start in 2008 and end in 2030. The player will lead one of the European countries. The assumption is that the game should have high “replayability”, which means that the player will be able to start it and play it many times.

“With Play of Battle, we’re going to create a complex strategy game that will be set in modern times. We intend to implement the project together with well-known experts in the field of geopolitics and war strategies. The work on this game definitely fits into the concept of our studio’s development, where we want to become the national leader of the producer of grand strategy games, ”says Jarosław Kotowski, president of Noobz from Poland.

The budget of the game is estimated at approx. PLN 15 million.

The release date has not been specified. Based on similar projects carried out around the world, the management board plans to initially complete work on the game in 2025. Conservative sales estimation is 300,000 copies in the first year and 200,000 in the next.
The company plans to obtain PLN 4.4 million from the ongoing crowdfunding offer for work on the game.

However, this amount does not cover all the needs for production inputs. The obtained financing is to enable the financing of the first 12-18 months of game production, including the development of a detailed concept and schedule, the commencement of programming works and the implementation of the first milestones in the game development.

Thus, further share issues are expected in the next stages of the game’s production. The next issues are to be private in principle, i.e. directed to a narrow group of recipients.

The equity crowdfunding offer is conducted on the Crowdway platform. Details of the offer are available on the company’s website.

Play of Battle plans to apply for a debut on the Polish or European stock exchange in the second half of 2022.