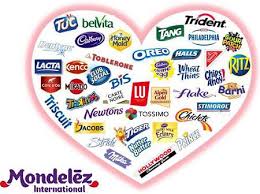 Confectionery, food and beverage giant Mondalez International, which makes Oreo biscuits and Milka chocolate besides many other leading brands, has reported strong European growth figures, particularly across CEE countries, a region which is driving the company’s development.

Executive Vice-President and President of Europe at Mondalez, Hubert Weber, said that the firm had seen increased demand in emerging Europe, particularly the Polish, Czech and East Adriatic markets.

“Consumers with increasing income levels provide good market growth for our business,” he said. “Central and eastern Europe are our most important growth areas.”

Mr Weber went on to describe CEE countries as likely investment areas in coming years, saying: “consumption is up in eastern Europe, but when you look at capita consumption it is still rather low compared to western Europe. We see a big opportunity for market expansion.”

Mondalez operates in three central areas in Europe: biscuits, chocolate and gum and candy. It has an established industrial presence in the region, employing almost 10,000 employees across 20 manufacturing sites in central Europe.