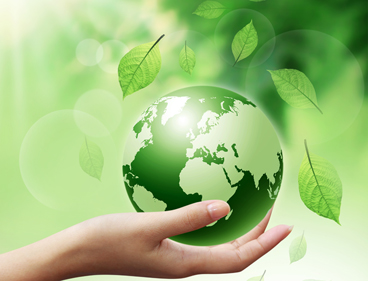 The European Parliament’s approach to electricity market design is a serious challenge to security of energy supply in Poland and other EU member states, warns Frank Umbach.

The new European “electricity market design” as proposed by MEPs in February may have a detrimental impact on Poland’s “capacity market” plan approved by the European Commission.

Polish plans are designed to ensure both security of supply and cost-effectiveness, further decarbonisation, and a cleaner energy mix. But due to the proposal by MEPs, these plans are being challenged by double standards and incoherent signals for investors.

A large share of Poland’s conventional capacity will be removed from the market by 2030. Some power plants will become non-operational due to age while others will be non-compliant with the Best Available Technology standards. The removed capacity has to be replaced; hence the need for the right investor signals.

While the “energy-only market” fails to provide them, the “capacity market” is a good solution.

The Polish plan on the capacity market, as approved by the European Commission on Feb 7, has been shaped as the main tool to guarantee a stable generation capacity for the next decades. It is regarded as the most cost-effective of available solutions (study by Compass Lexecon, FTI France S.A.S.), which might reduce by €7 billion the total costs for Polish consumers (as compared to the “energy-only market” scenario).

The “capacity market” is based on regular and competitive capacity contracts’ auctions. Its aim is to provide increased security of supply and, while remaining technologically-neutral, a path to a cleaner energy mix. It will lead to cost-effective decarbonisation.

Only two weeks after Poland received the Commission’s OK on the “capacity market”, the European Parliament voted for a new power market design. It promotes the further expansion of gas in the generation mix and imposes a further reduction of coal consumption by setting new emission limits for capacity markets in member states.

The Commission’s proposal for a limit of 550gCO2/kWh has been tightened further by the Parliament. The intention of MEPs is to prevent future coal power plants from any public funding. The problem is that it could have far-reaching, even though partially unintended, consequences for the already approved “capacity market” plan of Poland and other member states, which due to their history, are still dependent on coal and lignite.

The Parliament wants new standards to be in force by the middle of 2019 for all new power plants and five years later for existing ones, while the Council wants to postpone it to 2025 and 2030 respectively.

Moreover, the European Parliament is undermining the market predictability for investors in the mid- and long-term by limiting the “capacity mechanisms” plans to a maximum of five years and limiting the capacity agreements to only one year. (At present the Commission approves support schemes generally for 10 years).

By introducing many disruptive technologies (digitalisation, electrification, robotics and artificial intelligence) to its proposal, the Parliament is also threatening a sustainable security of supply in a European fast-changing energy landscape, as the present electricity forecast may underestimate its future demand increase.

Furthermore, the proposed 550gCO2/kWh standard by the Commission would have only a limited impact on overall ETS emissions as reduced emissions in the power sector will be offset by increased emissions in other sectors with capped ETS volumes and require more infrastructure for importing gas.

For Poland and some other member states, the most difficult element of the Parliament’s position is that it leads to different solutions for different kinds of capacity mechanisms.

Having limited annual emissions for these strategic reserves up to 200kgCO2/KW (not kWh), the Parliament’s proposal allows the dirtiest power plants to be operated for up to 500 hours for lignite and 600 hours for hard coal, according to some estimates.

In summary, the Parliament has privileged “strategic reserves” over “capacity market” despite the Commission’s traditional preference for the latter, which is more technologically-neutral and more market-oriented.

The Parliament’s proposal could undermine Poland’s efforts for a more secure and cost-effective electricity supply and decarbonisation. Power plant projects already in an advanced state, which were approved by the Commission in Poland’s “capacity market” plan, would no longer benefit from any support because the Parliament is imposing new obligations on them i.e. direct application of new standards.

The lesson investors would draw is one of detrimental uncertainty. They would not be able to rely on any assurances and regulations approved by the Commission.

Germany’s “strategic reserves” model has been promoted as cheaper and more cost-effective than the “capacity market” but there is no consensus in that claim even among German energy experts. More importantly, in Poland, a “strategic reserve” model would be more costly than the already approved “capacity market”, which is driven by free market rules.

MEPs in the ITRE committee gave the rapporteur Krišjanis Karinš a direct mandate to begin negotiations with the Council on revised electricity regulation on the EU’s power markets. The negotiations might last at least until autumn, but probably longer.

The underestimated or unintended consequences of “double standards” set by the European Parliament can be explained by complex decision-making by the EU institutions with the involvement of 28 member states with their 28 energy mixes, various dimensions of energy markets, geography, interconnectivity with neighbours and national prioritisation (instead of balancing) of the “energy triangle” objectives – security of supply, environmental and climate sustainability, competitiveness.

It results in compromises, often made at the expense of the coherent logic and the effective implementation of the EU’s strategic objectives.

Therefore, both the Council and the European Parliament must, in their co-legislative negotiations, take fully into account the diversity of Member States’ energy profiles.

Otherwise, neither an effective EU electricity market, nor security of supply, nor cost-effective solutions, nor the intended decarbonisation will be guaranteed…..neither on a national nor on a European-wide level. Even worse, it might fuel re-nationalisation trends in the EU; something already present to some degree.

The European Parliament’s position on electricity market design should be reconsidered in order to avoid discriminating against the energy profiles and plans of some member states – especially when they are already approved by the Commission.