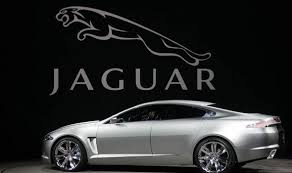 The boss of the UK’s biggest carmaker has warned the government to get “the right Brexit” or it could wipe out his firm’s profits and end in big job cuts.

Jaguar Land Rover’s Ralf Speth called the prospect of a cliff-edge break with the European Union as “horrifying”.

He was speaking at a conference in Birmingham, where Theresa May unveiled a £106m “green” vehicle initiative.

A spokesman for the prime minister said her Chequers Brexit proposals included protections for the car industry.

Mr Speth, who has previously warned of Brexit’s impact on JLR, said that if the “wrong decisions” were taken in the negotiations with Brussels, it could result in the “worst of times” for the UK and cost the company more than £1.2bn a year.

“Any friction at the border puts business at jeopardy,” he said at the UK’s first Zero Emission Vehicle Summit.

“We are absolutely firmly committed to the UK, it’s our home. But a hard Brexit will cost Jaguar Land Rover more than £1.2bn a year – it’s horrifying, wiping our profit, destroying investment in the autonomous, zero-emissions, we want to share.”

He said that if poor UK productivity worsened after Brexit, he would be forced to move manufacturing to somewhere such as Poland, where it was cheaper to make cars.

About a quarter of a million people in the UK rely directly, or indirectly, on the success of his company, Mr Speth said.

He also criticised policymakers for putting in place more regulations and higher taxes on all diesel vehicles, when he said that newer diesel cars produced by JLR were as green as petrol vehicles.

Mrs May’s official spokesman said the government’s Brexit plan would protect industries that depend on swift import and export of products.

“The Chequers plan includes specific proposals to protect jobs within industries like the car industry that depend on just-in-time supply chains.

“The common rule book would help ensure frictionless trade with the EU and would see our car sector continue to flourish,” he added.

The spokesman said the government had been “engaged with the automotive industry throughout this process… We’re working to secure a good deal and the PM is confident that we will succeed in this.”