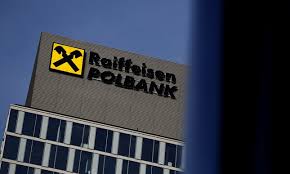 The French bank said on Tuesday it will merge Raiffeisen Bank Polska, Poland’s tenth largest lender by assets, with BGZ BNP Paribas (BGZ.WA), which it bought in 2014, bolstering its position as the country’s sixth largest bank.

The deal by BNP Paribas, which is subject to regulatory approvals and is expected to close in the fourth quarter, underlines its determination to become a major player in Poland and could improve BGZ’s margins, Pekao Investment Banking analyst Kamil Stolarski said.

“BGZ has always lacked liquidity… If BNP maintains a large portion of the deposits taken over from Raiffeisen, this may have a positive impact on BGZ margins,” Stolarski added.

The deal with BNP Paribas draws a partial line under a difficult chapter for RBI, which invested a total of around 800 million euros to get control of Polbank in 2012, although it will have to retain a portfolio of soured loans.

“Somehow Raiffeisen has been unable to get a grip on the Polish business. The sale is good news and the price is OK,” a trader, who spoke on condition of anonymity, told Reuters.

BNP Paribas said it would buy Bank Polska corporate and retail gross loans worth 4.5 billion euros at the end of 2017, and customer deposits worth 8.1 billion euros, increasing its managed assets in Poland to more than 24 billion euros.

BNP Paribas shares were up 0.6 percent to 61.23 euros at 1035 GMT following news of the deal, which was welcomed by analysts.

“This is the type of bolt-on acquisition we like: it expands a good franchise and delivers a return on investment above the cost of capital,” Jefferies said, confirming its “buy” recommendation for France’s biggest bank.