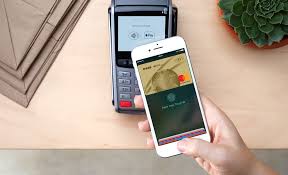 Reports have surfaced that Apple Pay is getting set to launch in Poland this week —possible as early as today (June 19).

According to 9to5Mac, a Polish blog wrote that the service will be available in Poland sometime this week with the following banks: Alior, BGŻ BNP Paribas, BZ WBK, Getin, mBank, Nest Bank, Pekao and Raiffeisen Polbank. The report also said that additional banks will be made available in September, possibly including PKO BP, Poland’s largest retail bank.

Last month, Apple CEO Tim Cook revealed that Apple Pay would be making its debut in Norway, Poland, and Ukraine in the next several months. Cook said Apple Pay exhibited good growth during the first three months of the year, with active users more than doubling year over year. Additionally, the CEO said total transactions tripled on a year-over-year basis.

“We believe the availability of Apple Pay at major transit systems has been a key driver of adoption among commuters, and in March, we launched Express Transit with Apple Pay in Beijing and Shanghai — the second- and third-largest transit systems in the world,” Cook said at the time.

Earlier this year, the service popped up for iPhone users in Brazil, Ireland and Spain.

The company continues to find ways to attract users to the service. In May, Apple ran a promotion offering customers free grocery delivery with Instacart when they made purchases via the digital payment service. Apple also announced at the time that Apple Pay was made available at Trader Joe’s, Giant Food, Smart & Final, SuperValu, Food Lion and Winn Dixie.

In addition, the company tested out an “Order Ahead” feature at Napa Valley’s BottleRock music festival. Users were able to simply open the festival’s app, select the closest concession stand, choose their drinks, then use Apple Pay with either their face or fingerprint and pick up the beverages at a dedicated window without the hassle of waiting in line.